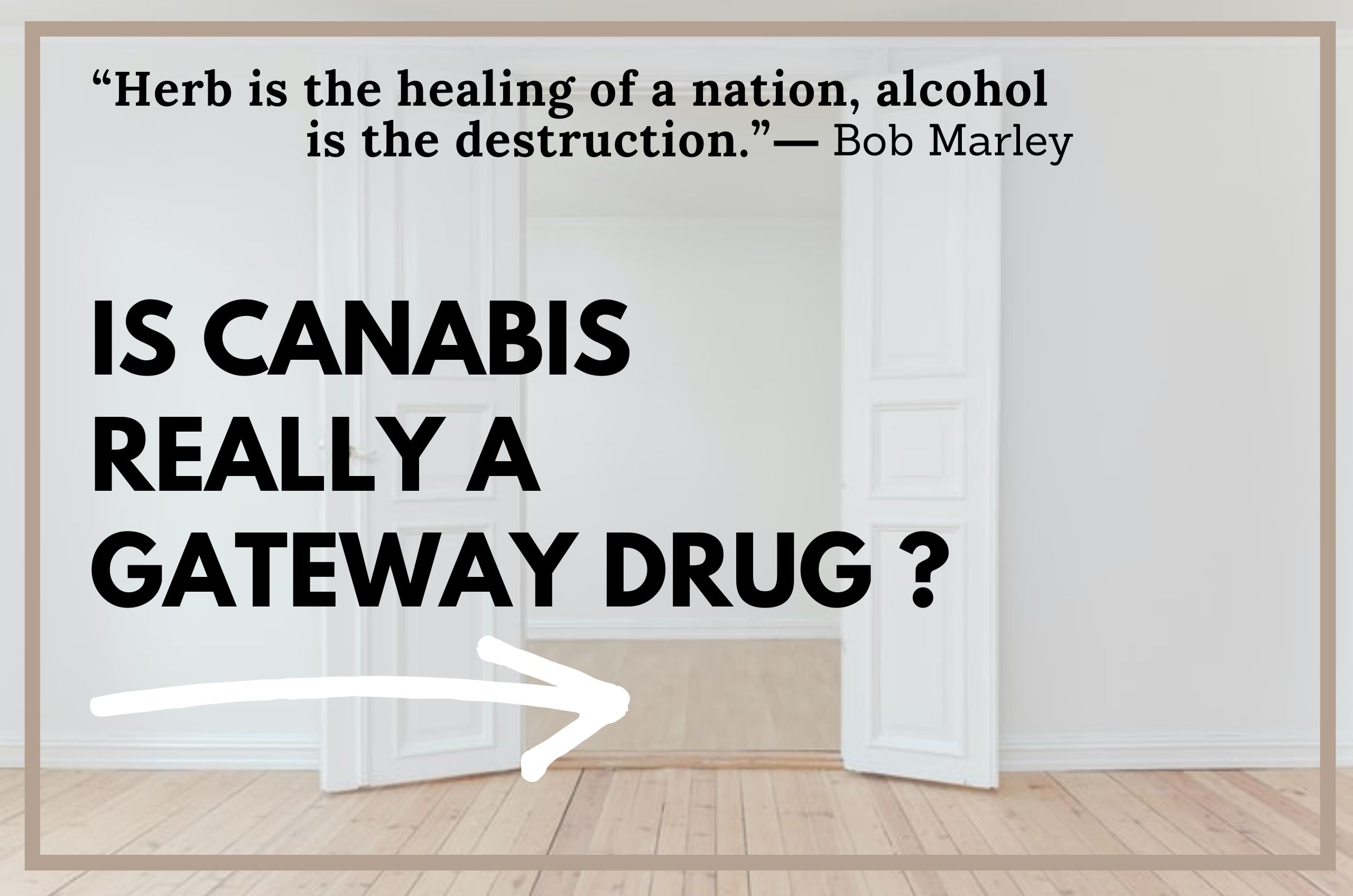 Medical marijuana has now been legalized in 33 states of the US now. This clearly indicates how people are now turning away from the stigma associated with the herb. People today are understanding the medicinal potential of the herb. Given this, we are getting hundreds of applications for a medical cannabis card, Long Beach almost every day.

However, even amid this, there is a significant number of people that still believe those old, and some may even say baseless, claims against cannabis. People still say you can overdose on the herb and it can cause instant burnouts. Among all these, though, the loudest argument is perhaps the one suggesting cannabis to be a gateway drug.

But is it really the case? Does this gateway drug argument really have any logic?

Well, some say the claim is not even in close proximity to reality. While on the other side, there are studies proving the exact opposite.

But what’s the truth, then?

In this article, we try to find the answer to this very question.

Well, if you are new to the marijuana world, you perhaps aren’t aware of the theory exactly. And so, before we get on to talking about the ifs and buts of it, it’s important to clearly understand what exactly the gateway theory is.

To keep things simple, the gateway theory is nothing but an idea claiming that if you consume a psychoactive substance, it has the power to drive you to chase more highs. Theoretically speaking, this will make you consume harder and more addictive drugs.

Now, bringing the light back to marijuana, some people claim that the herb too has the same abilities. The argument says that consuming marijuana, even for once, may make you fall for other dangerous drugs, including heroin and LSD, etc.

The hard truth, though, is that even when we have hundreds of studies proving the potential of cannabis to manage various medical ailments, there is a significant part of our society still clouded with such claims.

Let’s see what the arguments of these people are based on.

Reasonings For Cannabis as a Gateway Drug?

You might think that the claims that people make for cannabis being a gateway drug might be without any logic. However, contrary to this, there are a few points that back this theory.

One of the very significant points of all is that marijuana affects the reward system of your brain. This particular argument suggests that when a person starts consuming marijuana before the age of 20, or in their early 20s, there is a significant chance of the drug rewiring their brain to seek huge dopamine spikes. And due to this, once their bodies become tolerant of cannabis, the prospect of consuming other harder drugs may seem really appealing to them.

Another argument that people in favor of the gateway drug theory make is that the people who usually consume cannabis have a higher chance of knowing people who are already using harder drugs. And thus, they say, these people are more likely to fall for these addictive substances.

Even if we speak statistically, around 44 percent of people who consume cannabis end up using other harmful drugs. The number, we must admit, is significant and thus backs up the gateway drug theory strongly.

So, should we believe cannabis to be a gateway drug?

Not so soon. People do have a significant number of arguments against the belief too.

Arguments Against the Cannabis’ Gateway Theory

For starters, let’s talk about the statistics only. Yes, there is a huge 44 percent of cannabis consumers who end up using harder drugs. But we surely cannot ignore the other 56 percent who don’t actually follow that path. This means the majority is still on the brighter side. In fact, there are claims that the herb, rather than making people try other substances, may actually do the opposite. A lot of people today are applying for a medical cannabis card, Long Beach to help them manage their opioid addiction. There was also a study conducted in Canada on more than 480 youngsters. The researchers found that the herb is actually working as protective against various injectable drugs.

Another argument against the gateway drug theory is that it is the illegal status of cannabis that makes it a gateway drug in most cases. In places where marijuana is still illegal, people have to buy it from dealers and smoke it at shady places. Due to this, they end up falling for other harmful drugs. In other words, suppose you buy your marijuana from a dealer that also sells cocaine. In this case, you are obviously more likely to try cocaine. On the other hand, if the herb is legal, you can buy it from a dispensary. And thus, the chances of you having access to other drugs is nil. So, in this case, there is no probability of you falling for any addictive substances (at least, not because of cannabis).

Other Factors to Consider

When talking about the chances of a person falling for addictive drugs, it’s also important to consider it on a case-by-case basis. For instance, a person who already has an addictive personality is more likely to fall for a harder drug after consuming cannabis. However, this is because of their own personal inclination toward the substance, rather than their previous cannabis consumption.

Additionally, you must also consider an addict’s social setting. For instance, a person who was always surrounded by illegal drugs while growing up has higher chances of trying out various substances. And in most cases, the first substance they try is marijuana. However, here too, cannabis is not the one to blame but the general temptation of their mind to try these substances. Marijuana just happens to be the lightest and the most easily accessible.

In the end, how much marijuana a person consumes also determines their chances of them trying out some other drugs in the future. Obviously, a person who spends half their time smoking a joint and the other half rolling another one is more likely to fall for harmful drugs than the one who smokes only on weekends. This is mostly because the mind of a heavy user always craves for a stronger high.

So, What’s the Conclusion?

Well, we totally wish we had a solid answer. But that’s perhaps a long shot for now. We have arguments and research lingering on both sides. And it makes it very hard to determine the right status of the herb. Furthermore, the scientific claims on the subject are still very limited and are mostly based on animal studies. The illegal status of the herb at the federal level is making marijuana studies on humans quite difficult to come by.

Having said that, the only option we have right now is to wait for the things to turn our way. Once the labs all over the country get clearance on conducting more in-depth research on the herb, we’ll find answers to all our questions in no time. Till the time, use your common sense, avoid any rumors, and if possible, always consult a qualified marijuana doctor before experimenting with the herb in any way.

In light of the COVID pandemic, we advise all our patients to see a doctor online instead of visiting the clinic. Help us flatten the curve by opting for an online 420 evaluation.

"I used to discussed my issues with the doctor and he did a recommendation for me. It was so convenient and fast, I never left my house."

"You will receive your medical card in PDF format in 10 minutes by email. An embossed hard copy is sent by mail.