How Exactly Marijuana For Anxiety Works? 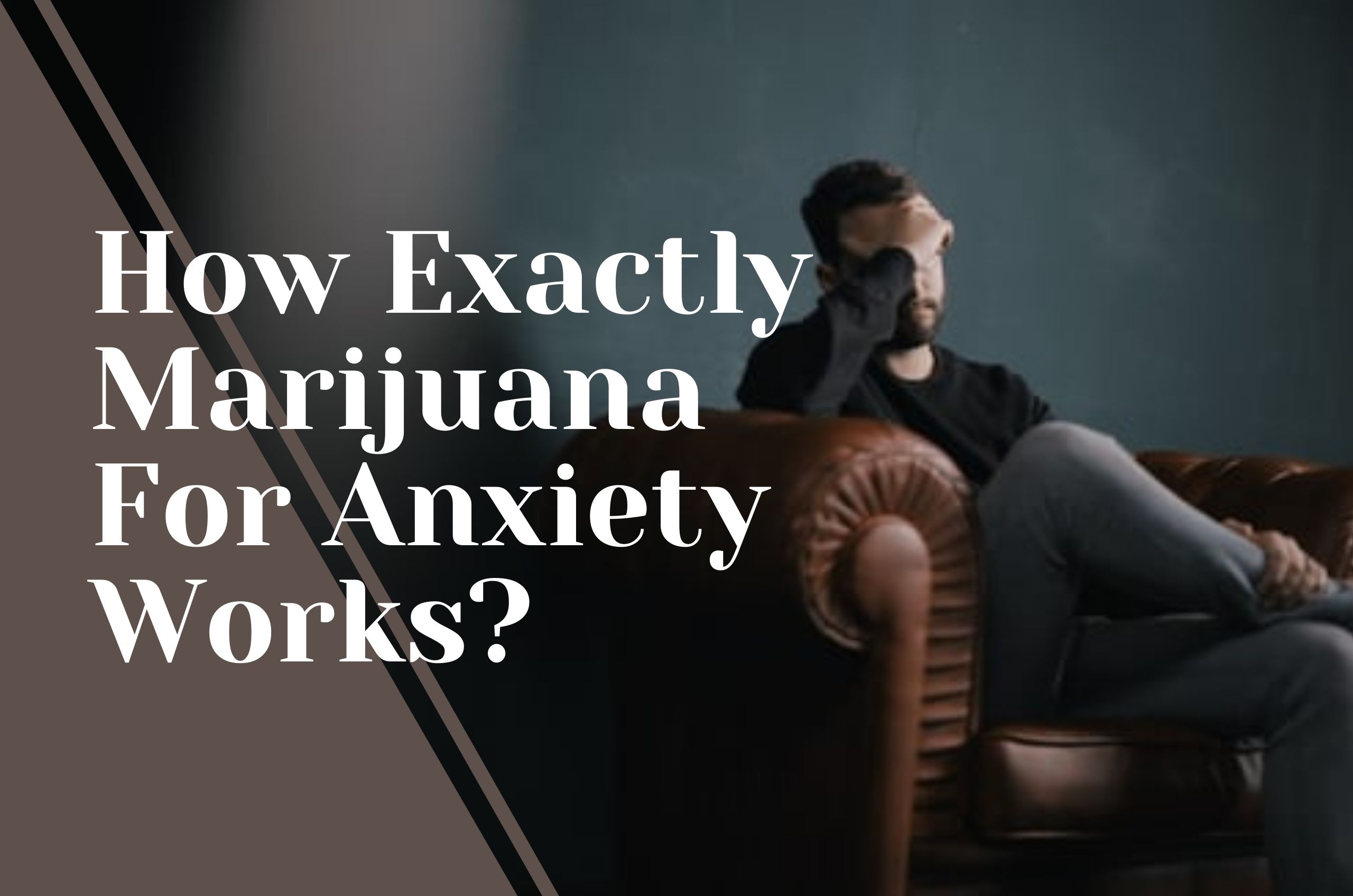 Despite the federal ban, medical marijuana is legal in 33 US states. So, if you live in any of these states, you can easily access cannabis with a medical marijuana doctor recommendation. An MMJ card is usually valid for 12 months, and after that, you need to renew it to continue using cannabis treatment.

Related- Benefits of 420 Evaluations in Long beach During Pandemic

In this post, we will discuss what science says about cannabis treatment for anxiety.

The endocannabinoid system (ECS) is a biological system, which is responsible for controlling several bodily functions. It comprises endocannabinoids, receptors, and enzymes, which play a key role in performing different functions, such as mood, memory, sleep, appetite, etc.

Endocannabinoids are endogenous compounds, which work by binding to the receptors located in different parts of the body. They usually activate CB1 and CB2 receptors. CB1 receptors are found in the hippocampus, the amygdala, and the hypothalamus. These are important brain areas responsible for controlling emotional and behavioral reactions.

According to a 2017 research, CB1 receptors play a key role in anxiety. Researchers noted that when the CB1 receptors are blocked in the amygdala region in the brain, it can lead to anxiety.

Another study reported that the endocannabinoid 2-AG is responsible for regulating emotional behavior. In mice models, low levels of 2-AG resulted in the development of anxiety and depression while increasing the 2-AG levels delivered an opposite effect.

Cannabinoids in marijuana are similar to endocannabinoids. So, they can mimic the functions of these endogenous compounds. When you consume cannabis, its cannabinoids bind to receptors in the brain, thus delivering positive effects on mental health, such as improved focus, sleep, etc.

Studies have concluded that cannabis can help provide a significant reduction in anxiety symptoms. According to a study published by the Journal of Pain Research in 2017, 46 percent of the respondents said that they prefer using cannabis over prescription medications. The number includes 13.6 percent of patients who use cannabis instead of anxiolytics/benzodiazepines.

CBD can help deliver calming effects by increasing the levels of 2-AG. CBD is a non-psychoactive cannabinoid. Moreover, THC when binds to cannabinoid receptors helps in releasing certain receptors, such as dopamine and serotonin.

According to a study published in ScienceDaily, marijuana activates the same receptors as 2-AG, a molecule produced in the brain. The herb can help reduce the anxiety-causing effects between the important brain regions.

How to Use Marijuana For Managing Anxiety Symptoms?

Different cannabinoids in the marijuana plant play different roles. For instance, CBD provides calming effects and can help boost sleep without causing psychoactive effects. But, THC provides health benefits while making consumers feel high. So, based on the severity of your condition, you can select the strains with optimal levels of THC and CBD. Moreover, when buying strains, you should also consider terpenes, the chemical compounds that are responsible for the aroma and taste of cannabis.

Some of the best strains for anxiety sufferers are-

Additionally, the consumption methods you choose play a key role in the onset and duration of the medicinal effects of marijuana. For instance, edibles take longer to kick in than smoking, but they last for 8-10 hours. However, inhaling cannabis is associated with several health issues such as lung damage. This is due to the combustion of the marijuana matter.

Marijuana is helpful in managing sleep problems, excessive worrying, mood swings, and other symptoms of anxiety. Research says that cannabinoids in cannabis are similar to endocannabinoids, which are produced naturally in the body. When you consume cannabinoids, they bind to receptors in the brain and other parts of the body. This helps in regulating mood and other important functions associated with behavior, decision making, etc.

Check the levels of THC, CBD, and other chemical compounds before purchasing the strains for anxiety. It’s good to try small amounts of different strains, note down your experience, and select what’s right for your condition.

See a medical marijuana doctor online to apply for 420 evaluations in 10 minutes.

"I used to discussed my issues with the doctor and he did a recommendation for me. It was so convenient and fast, I never left my house."

"You will receive your medical card in PDF format in 10 minutes by email. An embossed hard copy is sent by mail.